Lancelot “Capability” Brown is one of the most well-known landscape gardeners this country has ever produced.  He was given the nickname capability as he was able to see the new style that would influence large English gardens for centuries. He came from a lowly background; his father was a farmer and his mother was a Chambermaid. He went to a small village school with his five siblings. He left school at 16 to become the gardeners apprentice. He immediately felt at home and enjoyed the work. He then left to travel south and seek his fortune.

His main contribution to the world of gardening is to stop creating formal gardens. He was heavily influenced by William Kent at Stowe who was of the opinion that the formal garden had had its day. A formal garden seeks to show that human beings can control nature.  Everything in a formal garden follows an orderly pattern  This includes boxed hedges  and organised rows of flowers. Kents view was that all the world was a garden and all of nature was in it.  This heavily influenced the young Brown. When he became head gardener in 1742 he began to follow Kents ideas.

In what we would see as a clever use of network marketing Brown used his influence with some aristocrats to spread the news of his work. He began to rip up the formal gardens that were in place and installed natural landscapes. This meant that there were more hills, trees and also large lake water features. This meant a huge amount of physical work. When Brown was employed to work on a garden he ended up bringing an army of men to work on it.

One of his lasting ideas is that of the ‘haha’. The aristocratic owners of the garden found that random members of the public would wander onto their land.  The ‘Ha-ha’ was used to keep out anyone who tried to enter. It was a way of showing that the landscape was privately owned. It was called a ha-ha as it greatly amused the owners.

It would sometimes nearly take him an hour or so to understand and redesign a garden for a client. Brown would talk of the great capabilities of the landscape, which is how he got his nickname. He was one of the most handsomely paid gardeners of the time, turning figures which would have made him the equivalent of a millionaire by today’s standards. He was able to live in a fantastic house which was all paid for. He was also known internationally in places as far afield as Russia with Catherine the Great being an admirer of his work

We can still see his work today in Stowe and Stourhead and many other sites. However, his work was not completely loved by all. Many now feel sad that we have lost so much of our classic formal gardens after he ripped them out. You would certainly need plenty of Mountfield Parts from https://www.diyspareparts.com/parts/mountfield to remove them all.

How does live-in care work?

Mon Sep 27 , 2021
When we age we need to give some thought to how we are going to be cared for. We may reach a point where we are incapable of doing very much for ourselves. If this sad day should arrive, one of the most interesting options is for them to have […] 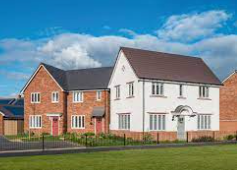