Modern Yorkshire is a bustling and modern county – home to the famous cricket team, businesses like this Yorkshire Web Design company https://www.etempa.co.uk/web-design and of course famed over the world for being the best place to get a proper cup of tea. But it also has a lot of history, and a lot of that is visible all around the county. This also means that it is known for having a lot of supernatural goings on – here are some of Yorkshire’s most famous hauntings…

Riddlesden Hall is a stunning manor house in West Yorkshire. Popular as a wedding venue it is now owned by the National Trust. But this 17th Century building is also one of the most haunted buildings in the county. There have been many spooky sightings here including ghostly children, but it is most famous for one phantom in particular – the Grey Lady. The lady in question was the wife of the Lord of the manor during the Civil War. When he returned home from battle, he discovered that she had been having an affair, so in a fit of rage he murdered the man she had been seeing, and he had her sealed behind a brick wall. It is said that to this day her spirit still roams the building in search of her lover, and many sightings of her have been reported in her chamber.

One of the most savage of the Yorkshire ghost stories is that of the Earl of Cornwall, Piers Galveston. To try to catch a glimpse of him, head to Scarborough castle. The castle itself is stunning – it is over 3000 years old so it is full of history, and you will have a magnificent view across the coastline. Although the Earl was executed further south, in Warwick, it was Scarborough castle that he was captured in, and he was led through the streets to his violent execution. It is said that because he was so angry and bitter that he did not get a fair trial, he remains around the castle even now, jumping from the shadows to frighten visitors.

Robin Hood’s Bay is one of the most picturesque parts of the beautiful Yorkshire coastline and is popular with visitors hoping to take in the fresh sea air and stunning scenery. But at night, the railway track at the top of the bay is said to be haunted by a gruesome ghost – the headless drunk. It is said to be that of local farmer Bert Marshal. He was too poor to buy a horse, so would walk the railway line to his favourite pub to drink at night. One night, he was so intoxicated that he passed out to sleep on the railway line. Whilst sleeping a train whizzed past and decapitated him. The ghost that now wanders the area is said to be the body of Bert, which is looking for the missing head.

Fri Sep 24 , 2021
Nowadays beauty is something that everyone enjoys and experiments with – trends come and go, but many people like to go to the hairdressers to get their hair updated with the latest styles and colours, and even more recently, people have enjoyed enhancing their looks and fighting the signs of […] 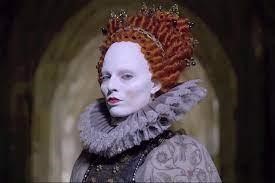