The history of fashion is jam packed and interesting to learn about. As classic fashion staples and trends that defined certain eras are making a comeback, many are desperate to know what is next for the modern fashion industry, and to know that it seems we must look at the past. Here are some of the top fashion staples in history that you need to know about.

Going all the way back to the 1900s, bustles were a staple to women’s fashion. They were a padded undergarment that created a fuller look as well as supporting the drapery of a dress. This was important considering most dresses were made from heavy fabric. The women quite literally had a lot of weight to bear on their shoulders back then! They are worn at the back of the dress underneath the skirt to prevent the skirt’s material from being dragged on the floor whilst walking.

Gloves were also popular in the 1900s.The condition of a person’s hands meant a lot during this time as it showed your class and what you did for a living. A woman who worked in a factory or did manual labour would not have soft hands. Gloves were popular for well-to-do women, enhancing the softness of their hands as they were made from silk and lace. Around the house, women wore leather or suede gloves, perhaps to keep their hands from any possible damage.

Moving on to the 1920s as jazz was the popular music of the time, flapper dresses adorned with decorative beads, and cloche hats that had a bow or flower were the fashion. The 1930s brought the ‘Golden Age of Glamour’ as the media tried to promote extravagant dress wear in the effort to boost the economy back up after the Great Depression. Hollywood stars were photographed in evening gowns made of chiffon, silk or velvet. Fur also became popular which made it more expensive than ever before in history. It was considered a luxury to own fur garments.

In the 1950s, pearl jewellery became the symbol of female elegance. At the same time, the Aran sweater, originally made to help Irish fishermen keep warm in the Aran islands, became a fashion staple. (You can find some examples of modern Womens Aran Sweaters at Shamrock Gift). The trend setters during this time were mainly the celebrities from Hollywood as they had a big influence in pop culture.

The 1960s fashion can be recognised by the classic photos of British model, Twiggy wearing mini- skirts and baby doll dresses. These trends came from the second wave of feminism making women want to express themselves with the clothes they wore.

The 70s was defined by flare jeans, denim, wild floral patterns, and platform heels whereas the 80s brought with it the punk era. Black leather jackets and padded shoulders became popular with celebrities like Madonna sporting this style.

The 90s introduced the V-shaped hip style of swimwear as shown in the series, Baywatch. This is a long lasting trend that is still alive and strong today.

The 2000s are harder to define as we still aren’t far away from it, but it was the time the velour tracksuit came into fashion.

Music options for your wedding

Mon Sep 27 , 2021
Music is one of the most subjective issues in the world. It can bring people together or it can be divisive to the point of a huge argument. Therefore the music at a wedding is extremely difficult to plan for. It’s impossible to please everyone so what steps can you […] 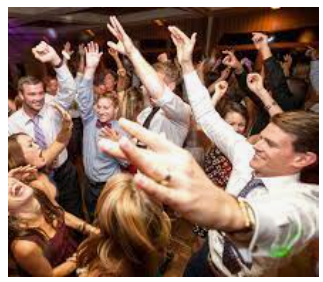