One of the most diverse ecosystems in the world is the Amazon Rainforest. The river Amazon stretches for a whopping 6,400 kilometres and is the largest by volume. It supports a wide range of flora and fauna in the surrounding rainforests, many of which are unique to this part of the world. Here are some of the plants and animals that are native to this very special part of the world…

The Amazon River Dolphin – We all love dolphins and what is better than a dolphin? A pink dolphin! These unique creatures live exclusively in the Amazon River and are instantly recognised by their pink hue and their long nose. The world wildlife fund has classed these beautiful creatures as vulnerable as they have faced various threats, from contamination to being killed by fishers who worry that they threaten the fish population.

The Rubber Tree – Also known as Hevea Brasiliensis, the rubber tree was a long kept secret of the Amazon rainforest before explorers arrived. These trees are native to this region and were being used by the native people to make rubber from long before anyone else knew of their existence. The sap is extracted by a process known as tapping, and in the modern world places like this silicone moulding UK based company Meadex then use this to create many rubber products. Although they are only native to this region, some seeds were smuggled out of the country and there is now a plantation in South East Asia.

Golden Lion Tamarin – These strikingly beautiful creatures are only found in the tropical rainforests of Brazil. With their golden coats and fluffy manes, it is obvious how they got their name. They are only around eight inches in length and are at serious risk of becoming extinct as much of their rainforest home is destroyed for logging and to be used as agricultural land. One of the quirks of this species is the fact that the males help equally in raising the offspring, something that is rarely seen in most of the animal kingdom.

The Giant River Otter – Otters are often seen as cute and cuddly – we have all seen the videos of those sea otters holding hands and the groups of little Asian short, clawed otters. These otters however have adapted well to a much more hostile environment of the Amazon River and are much larger. Capable of fighting off the creatures of the river which threaten them such as Caiman, these otters are the largest in the world. Living in family groups, they are often known as the wolves of the river. However, despite being a formidable foe, they are still cute and playful creatures.

Cacao – This is a plant that gave us one of the most loved treats in the world – chocolate! The cacao plant produces the beans that we use to make chocolate, and they have a great number of health benefits, being high in iron, magnesium and antioxidants – it is little wonder that the Aztecs considered this the food of the Gods!

What to wear with baggy jeans

Wed Mar 9 , 2022
If you’re looking for a quick fix to your baggy-jeans look, then you’ve come to the right place! The trick to wearing baggy jeans is to wear a different pair of pants underneath. What to wear with baggy jeans? This is a very common problem that most people have. I […] 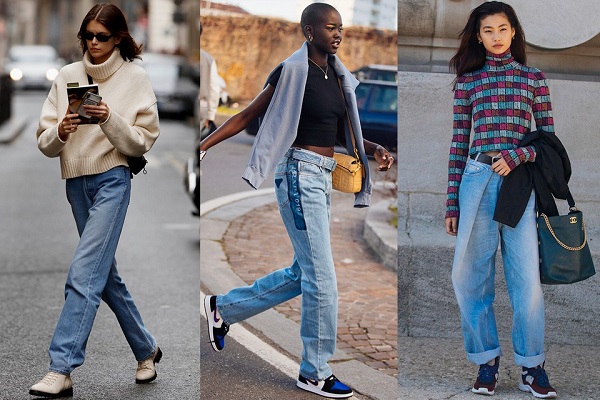